So everyone else seems to be doing it but I think I wanna make my own list.

Best Quote of the Year

"Don't Tase me, Bro" was catchy but he kinda asked for it and if your gonna act like a fool with the police, asking them not to tase you while your resisting isn't probably gonna do anything. If I had been there I'd say "Tase the bitch again and get him out of here." It was Yale's #2 that I thought should be number 1. Why we can't find the U.S. on a map.  (they apparent told her if she doesnt know the answer to a question just reuse words in the question pop a "such as" in when you need time to think and pepper a little South Africa in there.  Then something great came out:
I personally believe the U.S. Americans are unable to do so because, uh, some, uh...people out there in our nation don't have maps, and, uh, I believe that our education like such as South Africa and, uh, the Iraq everywhere like, such as and...I believe that they should, our education over here in the U.S. should help the U.S., err, uh, should help South Africa and should help the Iraq and the Asian countries, so we will be able to build up our future for our...

Ted Haggard.  I know, it was in November that the allegations came out that he was having sex with a male hooker and buying meth from him but as you may recall he denied the hooker sex and admitted to the meth.  So coming out as buying meth was better than boy sex.  ( I had an ex like that but anyhow ) he entered treatment for the homoways and on Feb 6 2007 Rev Tim Ralph declared him "completely hetersexual" upon the conclusion of intensive therapy.  So ... He cam e out as a druggie, a fag and then a completely rehabiliated str8.  Wonder if the therapy included anything for the drugs?  Anyhow...love them evangelicals. 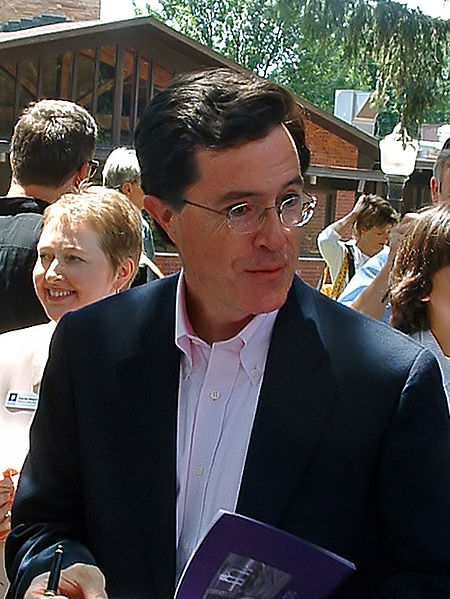 Stephen Colbert the man smart enough to suggest he would like his name spelt Barack Clinton on the Ballot.

James Franco - it is no surprise he seems to get his dark chizzled hot looks from that Russian descent it is surprising that he used to work at McDonald's.  Neat enough he is supposed to play the lover of Harvey Milk (the first openly elected gay politician in the U.S. who was later assassinated by City Supervisor Dan White)   Physically he has the whole spectrum of what I like, the lips the eye brows the hair and that smile.  Not muscular but also not a pencil.  I just can't understand how it took me so long to watch the movies he was in, just known of him this year but went on a Netflix kick to catch up.

I totally agree with the Academy.  The Departed  nuff said.

Well I'm bored with these so now I am gonna go smoke.